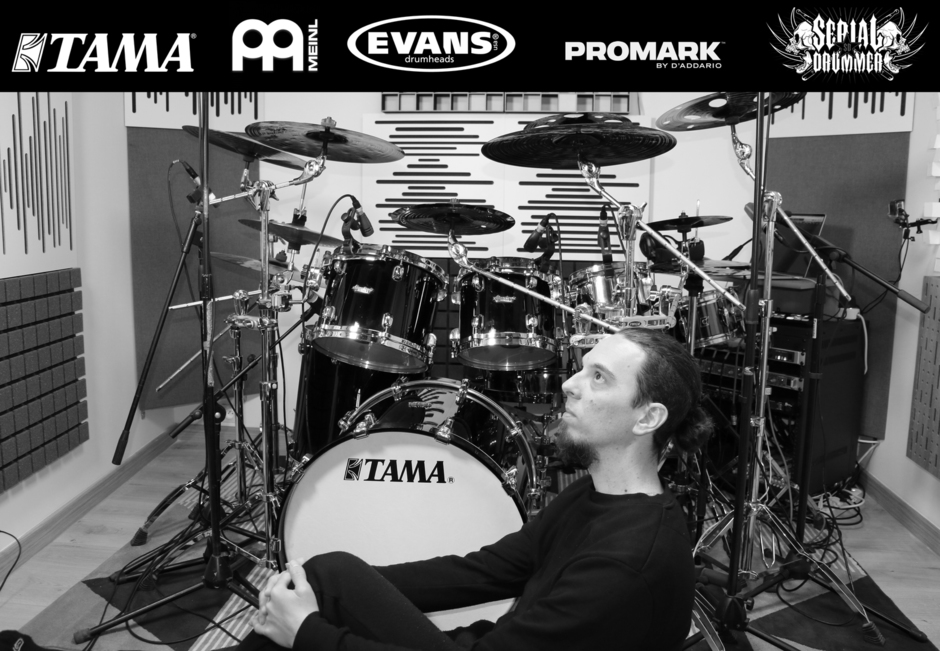 Romain Goulon, born April 6th 1981 in Cannes (France), started playing drums at the age of 13. He studied jazz and modern music at the Music Conservatory of Cannes during 8 years, and is a self taught metal drummer.

After playing for many french metal bands (2002-2005) such as AGRESSOR, IMPERIAL S, BELEF, DISHARMONY, he became an international drummer, and collaborated with DISAVOWED (Holland) (2005-2008), NECROPHAGIST (Germany) (since 2008).

Besides being a studio and live session drummer, Romain is a local drum teacher, an international clinician and online teacher, created an instructional drum videos Youtube channel, and releases a drum DVD in 2015 "Metal Chops Matrix".

Romain Goulon is well known to be a very open minded drummer, influenced by many different types of music, musicians, from classical/Jazz to extreme metal.

Romain likes to share his knowledge through teaching, drum clinics, internet videos, and focuses on "how can we link groove with extreme drumming".

In 2017 Romain played for the french extreme band Benighted.

Romain records session tracks in his studio for many projects and bands.